I developed the crossing joint as a possible solution to how conventional joinery results in a disruption of grain along the rails and/or stiles of a frame and panel door. 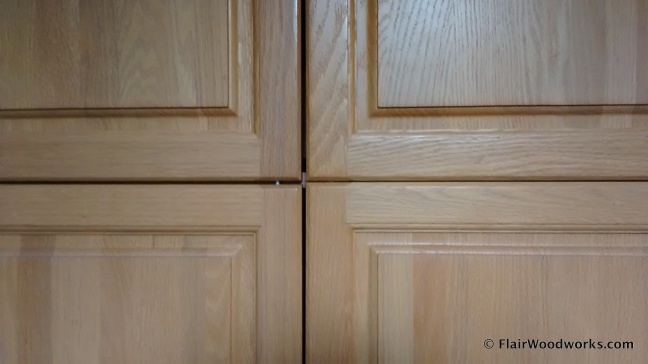 I cut one sample joint, then did some photo manipulation to see how it would look in a similar situation.

First, I looked at the fingers in a horizontal orientation.

Then I tried the fingers in a vertical orientation.

I liked this second orientation because I felt the inside finger of the stile that extended to cover the end of the rail provided the mental idea of an border and finished off the edge of the door. I suspected that this was because most doors opened horizontally – if this joinery was used where doors opened vertically (e.g. lifted upward), the first orientation might have been preferable.

What do you think?