On June 30th, with other projects in the shop wrapping up, I realized that I had three weeks until Port Moody Celebration of Wood Woodfair.  I knew that I wanted to have some new work for the show and got the idea to design a chair. That night I started prototyping.  I posted a review of prototype #1 HERE.

This was what prototype #2 looked like when I left the shop Thursday night.  (It was sitting on a scrap of plywood just so that it would sit flat.) 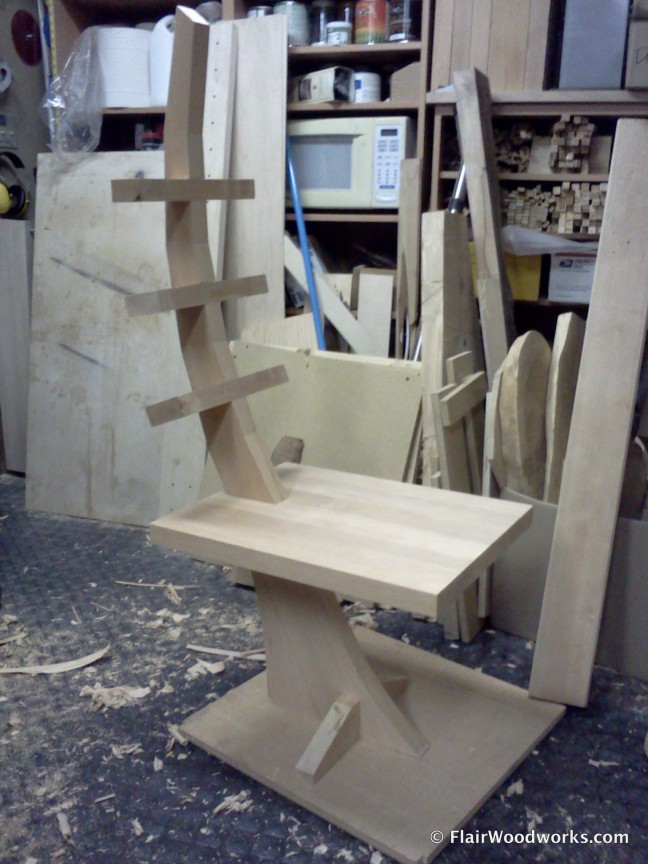 I had a lot of mixed feelings about this prototype – some things that showed potential and other things I did not care for at all.  This is what I learned from prototype #2:

Studying the design of the chair, I realized some things:

I have not started the third prototype, but have some ideas of where I want to take it.  I welcome any feedback you may have.  My next day to work on the Three-Week Chair will likely be Monday.