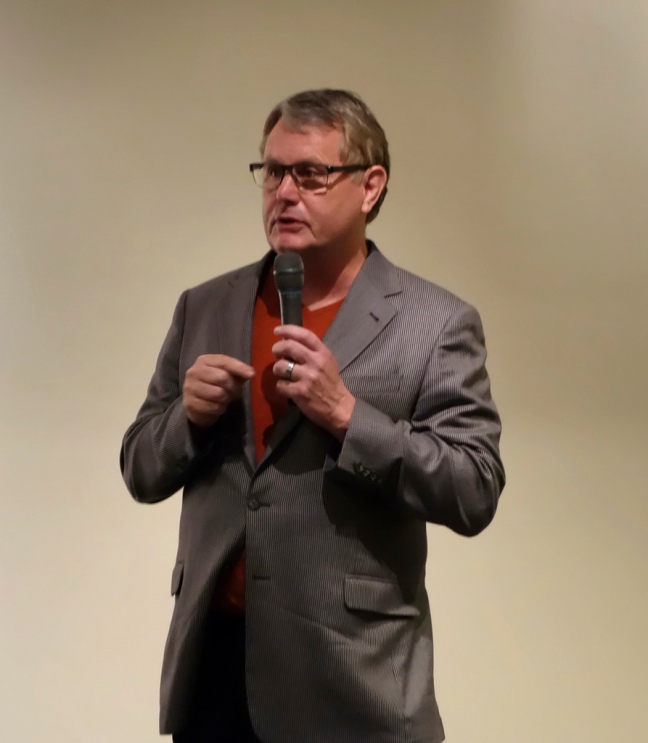 All photos in this post are courtesy of Neil Clemmons.

Last week, I took a 9 hour train ride south to Portland, Oregon for the opening of Quality is Contagious: John Economaki and Bridge City Tool Works, an exhibit at the Museum of Contemporary Craft.  An estimated 300 people were in attendance that night.

The exhibit featured select pieces that John created during his notable, if abbreviated, career as a furniture maker.

Throughout the exhibit were also a selection of quotes which also appear in the book, Quality Is Contagious: John Economaki & Bridge City Tool Works, 36 Years Through the Lens of Joe Felzman, that accompanies the exhibit.

Requiring slightly more floor space were the tools that John created under the name of Bridge City Tool Works.

Also on display were a few pieces that John created with the Bridge City Tool Works products.  This chess set was impressive from both a technical and design perspective.  That, of course, was no surprise to anyone familiar with his work.

The next day, I attended an open house at the Bridge City Tool Works Showroom and Skunk Lab (their prototyping and assembly workspace).

After the open house, we were invited to John’s house for a Book Party.  I collected signatures from John, Joe Felzman and the other contributors present.  I also had the idea to collect signatures from everyone else at the party on the protective cardboard case for the book, which turned out to be a great way to meet new people.

On the third day, Bridge City Tool Works organized a couple of buses to take us on a tour to three wineries.

My trip to Portland was as memorable as any I have taken.  The museum exhibition was inspiring and humbling, and the open house gave me further insight into the Bridge City Tool Works world.  The party at John’s house and wine tour gave me an opportunity to meet and talk to other customers, as well as his friends and family.

I would strongly recommend viewing the exhibition.  It is on display at the Museum of Contemporary Craft in Portland, Oregon until February 8, 2014 and it is my understanding that it will then travel the country.  I would also recommend getting yourself a copy of the accompanying book.  It is an amazing book, put together in a very similar fashion to how I imagine I would do it – lots of pictures, bits of trivia, interesting stories, and quotes.

One thought on “Quality is Contagious: John Economaki and Bridge City Tool Works”