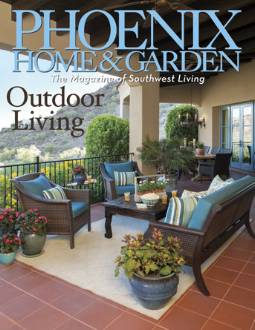 My first commission, in 2008, was a 12-foot long bubinga table which later became known as Flow.  It was a part of a backyard renovation in Arizona which was recently featured in a Phoenix Home & Garden article.

The extensive and elaborate project was led by 2012 Master of the Southwest Morgan Holt of EarthArt Landscape & Design, Inc. and recently, he commented:

My favorite thing by far is the Bubinga Table and the chance to work with and know Chris Wong. We both had fun designing and building the table.

In 2012, Morgan was named as a Master of the Southwest.

I visit him and his family whenever I’m in Phoenix.  Morgan likes taking me to his job sites and showing me what he’s doing.  Aside from appreciation of design, we also share a love of mountain biking and woodworking.