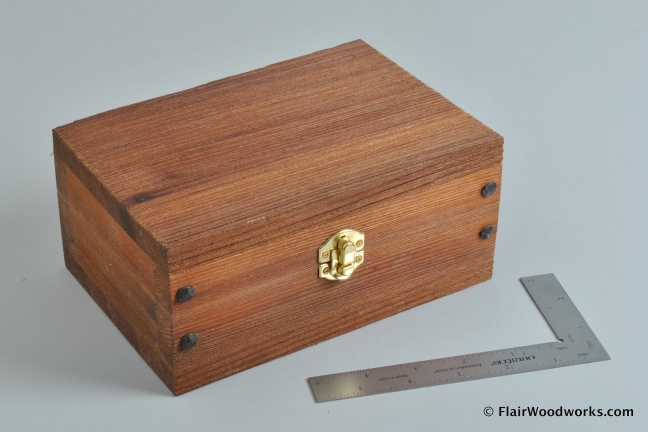 Part of my attraction to wood was the way it felt. In its natural state, wood was covered by bark that covered the undulating live edge. After being sawn into boards at a sawmill, the surface was covered in rough saw marks. Then, as the lumber was processed, the roughness was typically removed by planing or sanding, leaving a smooth surface that showed the grain clearly.

While smooth surfaces certainly had their appeal, I had always been attracted to texture. These surfaces begged to be touched.

Brushed Cedar Box 1 and Brushed Cedar Box 2 were created shortly before I started Flair Woodworks. With these two boxes, I used a wire brush to exploit the difference in hardness between the heartwood and sapwood. As I worked the wood, the bristles deflected off of the harder areas (where the tree grew more slowly) and scraped away the softer areas (where the tree grew more quickly). This process created shallow channels following the grain, as if it had been eroded by years of water flowing over it.

The boxes were finished with plated brass hinges and a sprung latch. Positioning the larger part of the latch on the bottom half of the box gave it a more grounded appearance.

For Brushed Cedar Box 2, I mounted the hasp upside-down with respect to Box 1. In doing so, I discovered that since the latch was sprung, there was a practical advantage to this orientation – the lid could be closed and secured in a single motion.

I have decided to offer the boxes for $70 each. Additional photos are available on the product pages.