On June 30th, with other projects in the shop wrapping up, I realized that I had three weeks until Port Moody Celebration of Wood Woodfair.  I knew that I wanted to have some new work for the show and got the idea to design a chair. That night I started prototyping.  Previously, I posted a review of prototype #1 and #2.

While the first two prototypes each required less than a day to build, the third needed part of a second day to get to the stage where I finally understood it.  This was where I left it.

For the sake of time, I did not fully sculpt the chair, but I shaped it enough to understand how it would look completed.  Had I continued, you would have seen the following changes in this prototype:

This design had a lot going for it and it was a huge step in what I felt was the right direction.  This is what I learned from prototype #3: 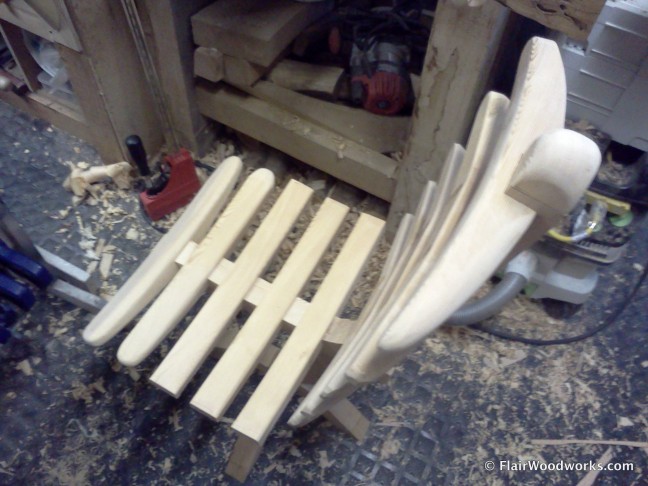 These are some of the changes I’m considering for the next version, which will probably be the last one I make before the show:

This slideshow includes all the pictures I took during the build.  I welcome any feedback you may have.  You can follow my live updates via Twitter, facebook, or Tumblr.